The SL Coast Guard has three core values in which we believe from which we operate. Those three are Honor, Respect, and Devotion to Duty, established from its founder, Retired Admiral Sanstrom Laxness. These are also the United States Coast Guard's core values and many other coast guards around the world today. When I first joined the SL Coast Guard, I recall reading … END_OF_DOCUMENT_TOKEN_TO_BE_REPLACED 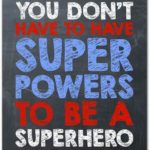 By definition, a hero is a person who is admired or idealized for courage, outstanding achievements, or noble qualities.    What is a hero?  This month our magazine illustrates the bravery of Signalmen Douglas Munro, who served as a signalman with the United States Coast Guard, was killed in action in the Second Battle of the Matanikau in 1942. … END_OF_DOCUMENT_TOKEN_TO_BE_REPLACED 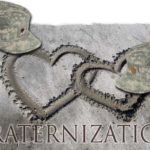 Fraternization and dating within SLCG As many of you know, SLCG's relationships with our teammates are part of our regular everyday lives within SLCG. Close relationships defined by loyalty and shared values (often called "cohesion") help teams communicate, stay motivated, and perform well. But 'relationships' can become 'too close' and harm morale, professionalism, and … END_OF_DOCUMENT_TOKEN_TO_BE_REPLACED