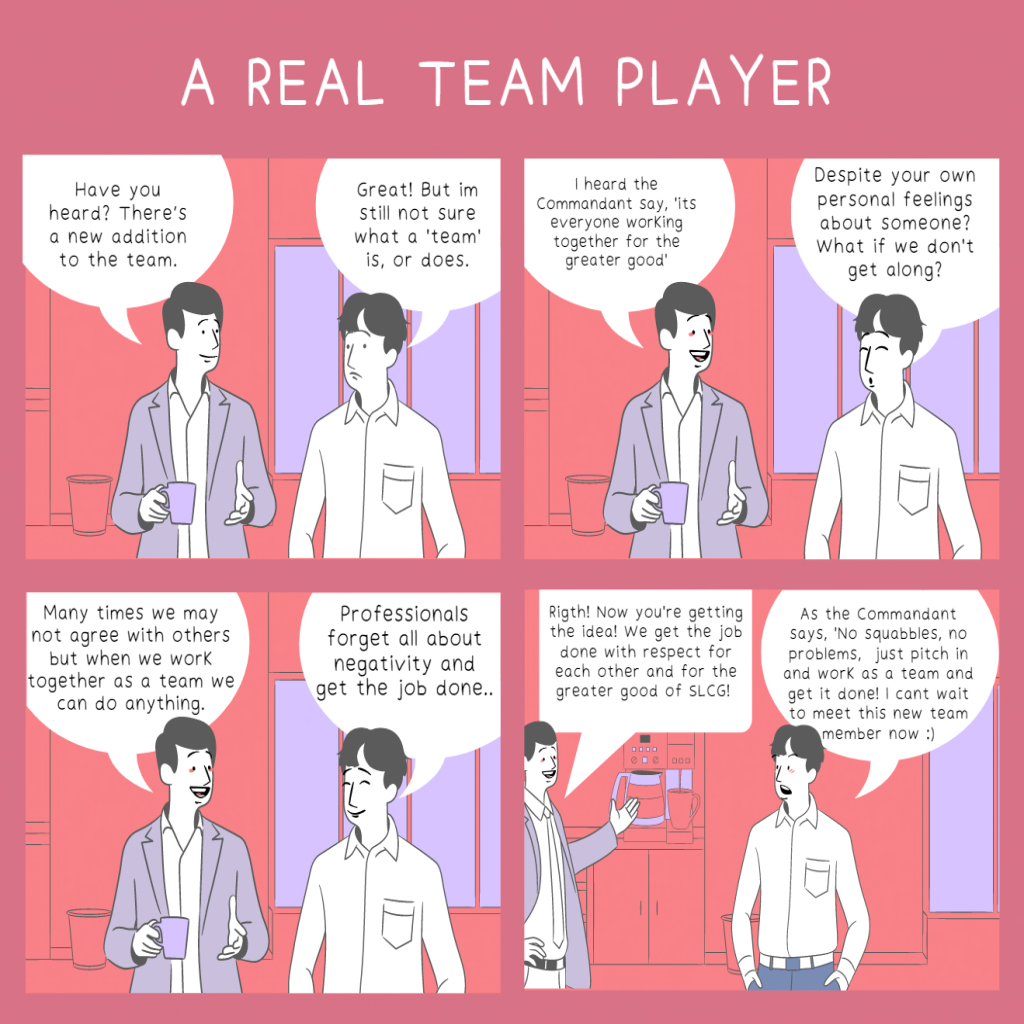 From the Commandants own lips at the awards ceremony:

“Today I have a unit of people that during the last 8 weeks have came to our rescue in many ways and worked tireless hours of making our stations and our lives much better.

It looks easy to most of us but believe it is not. I have not seen such teamwork in quite a while for the good of SLCG. No squabbles, no problems they just pitched in and did it.

This is merit Guardians.

Many times we may not agree with others but when we work together as a team we can do anything. SLCG has some thankless jobs – you all give them hell, you gripe and complain but this team is the hardest working guardians in this group and it is thankless.

Thanks for showing us how teamwork gets things done!

I am very proud of you and I can’t think of a better team in a long time that got things done when we needed it most. Thank you so much for your work, It is so very much appreciated.

The Commandant pauses, as the crowd applauds.

Looking thoughtful, she starts to speak and shares her reminisces….

“You know over the years I have often felt like a school bus driver
in a huge bus caring many people –talented but many.
That wants to know ‘are we there yet’ or ‘I don’t want to sit by them’
‘well I can’t work with them because I don’t like them.’
Professionals forget all that and get the job done. The aim is to do your job.
Many people I didn’t like or get along with in the last 8 years,
some of them were my CO. My arguments with Sanstrom were many,
we disagreed on so many things – like the time he wanted to do away with Aviation.
And he was going to do it but I hung in there, fought him tooth and nail.
We don’t always agree but we get the job done with respect and for the good of SLCG.

Remember this unit that was just awarded – They exemplify teamwork regardless of who you are, who you been or where you are.”

Truly inspirational words, filled with meaning and emotion. Its a good lesson for us all. We dont do this for the merit, and we dont do it for the recognition….we do it because we are a team and we care about each and every member. We are all contributing to the greater good of SLCG.

Some more famous and inspirational people that believe teamwork is key……

Henry Ford – American industrialist and business magnate, founder of the Ford Motor Company, and chief developer of the assembly line technique of mass production.
“Working together is success.”
“If everyone is moving forward together, then success takes care of itself.”

Phil Jackson – American former professional basketball player, coach, and executive in the National Basketball Association.
“The strength of the team is each individual member. The strength of each member is the team.”