This is part two of a seven part series covering 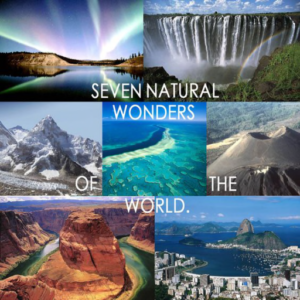 Discovered on January 1st 1502 by Portuguese Captain Gaspar de Lemos, the Harbor of Rio de Janeiro is located in Brazil. Known as Guanabara Bay by the locals it was created by erosion from the Atlantic Ocean. In local language Guanabara translates to ‘arm of the sea’. This is because on some viewing angles the inlets look like arms reaching out to the sea. 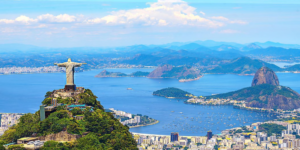 The harbor was created naturally by thousands of years of erosion caused by the Atlantic Ocean. The pounding of the sea eroded the rocks and deposited sand creating the bay. It is muddy and shallow with a central channel that is deeper in the center. There are many islands and mangroves, fisheries and is home to an endangered dolphin species, the Guiana dolphins which appear on Rio’s flag and coat of arms.

Based on its volume of water, it is the world’s largest natural deep-water bay in the world. It is 31 kilometers long and 28 kilometers wide. It is a large bay that covers a total area of 384 km2. It is surrounded by large granite mountains, which includes Sugar Loaf Mountain, towering 395 meters above it. The bay consists of more than 130 islands and about 80kms of beautiful beaches. 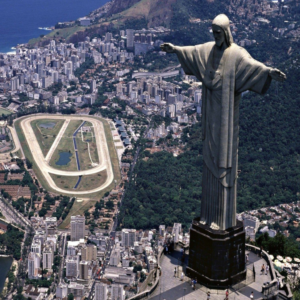 The immense statue of Christ the Redeemer stands overlooking the city from its location high up on Corcovado Mountain in the Tijuca Forest National Park. This is the most popular and well know feature of the Bay. Christ the redeemer statue was constructed between 1922 and 1931 by French sculptor Paul Landowski. The statue is 30 meters high, excluding its 8 meter pedestal and the arms stretch 28 metes wide. It is believed that approximately 1.25 million international tourist visit Rio de Janeiro most years and approximately 45% of those tourists come just to see the bay area itself.

The bay is important to the Brazilian economy as it provides areas for shipping, industry, recreation, and tourism. There is growing evidence of environmental decline in the bay and the government plans to curb pollution and improve water quality. The devastating discharge of both industrial and domestic waste from the Rio de Janeiro metropolitan area into the bay has authorities worried about maintaining water quality and steps have begun to collect or contain litter using ecoboats and water treatment plants to reduce sewage contamination. It is hoped that these actions will improve Guanabara Bay ecosystem, encompassing both fauna and flora as well as restore water quality in the area. 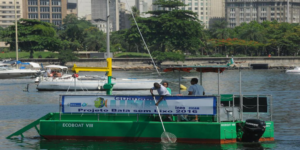