It was a beautiful spring morning, overnight it snowed again but the temperatures slowly rose. This happened on April 18 in the vacation region in Alpine. Due to the rising temperatures and perhaps some careless holidaymakers, an avalanche of snow has started to move. Except for 4 people, all have reported to the mountain rescue at the agreed meeting point. 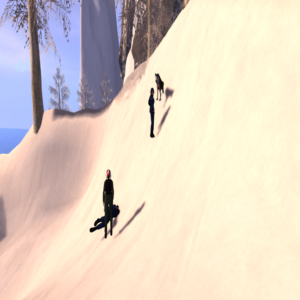 The mountain rescue team of the Alpine region reacted quickly and requested the SAR team of the SLCG with a search dog. This decision was also very good.
2 injured people had been carried away by the snow avalanche down the mountain slopes. 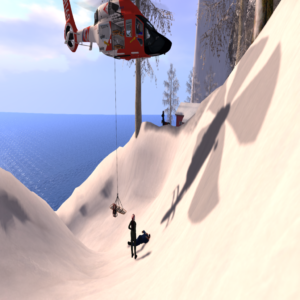 Fortunately, one of them had an avalanche transceiver, so they could be located and rescued. They were so badly injured that they were immediately flown out and treated in the nearest hospital.

The other two had luck and could bring themselves in a cave before the snow avalanche in security. Unfortunately, the exit was blocked and they had to stay there for some time. The communication to the 2nd missing group was somewhat difficult, since in the caves the radios did not work well. But due to the local knowledge of the mountain rescue, these two could be found with slight hypothermia.

After a hot chocolate they warmed up a lot faster and felt better quickly. 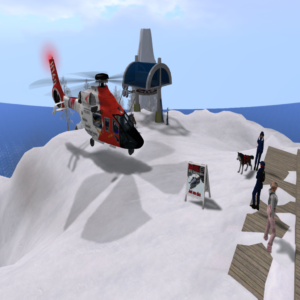 This could be a headline in any newspaper, but fortunately this was a SAR drill organized by New Horizons.
I hope it was fun for everyone involved and come and join us for a SAR, whether you are a survivor or ready to be SAR certified, it is always a lot of fun. And everyone is welcome no matter if admiral or recruit.