Frederick Valentich was an Australian pilot who disappeared while on a 125-nautical-mile (232 km) training flight in a Cessna 182L light aircraft, registered VH-DSJ, over Bass Strait on the evening of Saturday 21 October 1978. Described as a “flying saucer enthusiast”, twenty-year-old Valentich informed Melbourne air traffic control that he was being accompanied by an aircraft about 1,000 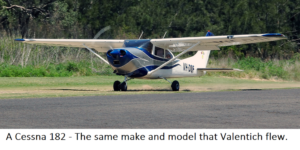 feet (300 m) above him and that his engine had begun running roughly, before finally reporting, “It’s not an aircraft.”

There were belated reports of a UFO sighting in Australia on the night of the disappearance; however, the Associated Press reported that the Department of Transport was sceptical a UFO was behind Valentich’s disappearance, and that some of their officials speculated that “Valentich became disoriented and saw his own lights reflected in the water, or lights from a nearby island, while flying upside down.

Frederick Valentich (born 9 June 1958) had about 150 total hours’ flying time and held a class-four instrument rating, which authorised him to fly at night, but only “in visual meteorological conditions.” He had twice applied to enlist in the Royal Australian Air Force (RAAF) but was rejected because of inadequate educational qualifications. He was a member of the RAAF Air Training Corps, determined to have a career in aviation. Before his disappearance having twice failed all five commercial licence examination subjects and then three more commercial licence subjects. 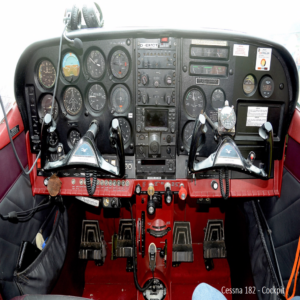 The destination of Valentich’s final flight was King Island but his motivation for the flight is unknown. He told flight officials that he was going to King Island to pick up some friends, while he told others that he was going to pick up crayfish. Later investigations found both stated reasons to be untrue. Valentich had also failed to inform King Island Airport of his intention to land there, going against “standard procedure”. 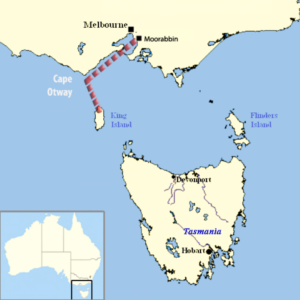 Valentich radioed Melbourne air traffic control at 7:06 pm to report that an unidentified aircraft was following him at 4,500 feet (1,400 m). He was told there was no known traffic at that level. Valentich said he could see a large unknown aircraft which appeared to be illuminated by four bright landing lights. He was unable to confirm its type, but said it had passed about 1,000 feet (300 m) overhead and was moving at high speed. Valentich then reported that the aircraft was approaching him from the east and said the other pilot might be purposely toying with him. Valentich said the aircraft was “orbiting” above him and that it had a shiny metal surface and a green light on it. Valentich further reported that he was experiencing engine problems. Asked to identify the aircraft, Valentich radioed, “It’s not an aircraft.” His transmission was then interrupted by unidentified noise described as being “metallic, scraping sounds” before all contact was lost. 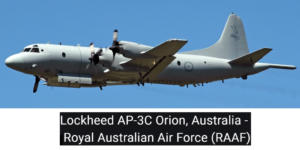 A sea and air search was undertaken that included oceangoing ship traffic, an RAAF Lockheed P-3 Orion aircraft, plus eight civilian aircraft. The search encompassed over 1,000 square miles. Search efforts ceased on 25 October 1978 without result. An investigation into Valentich’s disappearance by the Australian Department of Transport was unable to determine the cause but it was “presumed fatal” for Valentich.

Five years after Valentich’s aircraft went missing, an engine cowl flap was found washed ashore on Flinders Island. In July 1983, the Bureau of Air Safety Investigation asked the Royal Australian Navy Research Laboratory (RANRL) about the likelihood that the cowl flap might have “travelled” to its ultimate position from the region where the aircraft disappeared. The bureau noted that “the part has been identified as having come from a Cessna 182 aircraft between a certain range of serial numbers” which included Valentich’s aircraft. 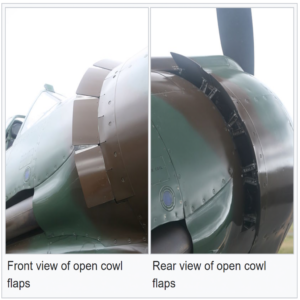 Several theories made their way into the media buzz and speculation ran at fever pitch.

1. Did Valentich staged his own disappearance? even taking into account a trip of between 30 and 45 minutes to Cape Otway, the single-engine Cessna 182 still had enough fuel to fly 800 km (500 mi) despite ideal conditions, at no time was the aircraft plotted on radar, casting doubts as to whether it was ever near Cape Otway; and Melbourne police received reports of a light aircraft making a mysterious landing not far from Cape Otway at the same time as Valentich’s disappearance.

2. Did Valentich become disoriented and was flying upside down? If this were the case, the lights he thought he saw would be his own aircraft’s lights, reflected in the water; he would then have crashed into the water. However, the model Cessna he was piloting could not have flown inverted for long as it has a gravity feed fuel system, meaning that its engine would have cut out very quickly. Yet another proposed possibility is suicide. However, interviews with doctors and colleagues who knew him virtually eliminated this possibility.

3. A 2013 review of the radio transcripts and other data by astronomer and retired United States Air Force pilot James McGaha and author Joe Nickell proposes that the inexperienced Valentich was deceived by the illusion of a tilted horizon for which he attempted to compensate and inadvertently put his aircraft into a downward, so-called “graveyard spiral” which he initially mistook for simple orbiting of the aircraft. According to the authors, the G-forces of a tightening spiral would decrease fuel flow, resulting in the “rough idling” reported by Valentich. McGaha and Nickell also propose that the apparently stationary, overhead lights that Valentich reported were probably the planets Venus, Mars and Mercury, along with the bright star Antares, which would have behaved in a way consistent with Valentich’s description.

4. Ufologists have speculated that extraterrestrials either destroyed Valentich’s aircraft or abducted him, asserting that some individuals reported seeing “an erratically moving green light in the sky” and that he was “in a steep dive at the time”. Ufologists believe these accounts are significant because of the “green light” mentioned in Valentich’s radio transmissions.
No signs of wreckage, oil spills or Valentich has ever been found to this day.
Bass Strait is a generally shallow (average depth of 50 m (160 ft)) stretch of water approximately 300 km (190 mi) wide and 200 km (120 mi) from north to south, encompassed by the entire northern coastline of Tasmania and Victoria’s central to eastern coast. The prevailing winds and currents are westerly, the latter being divided by King Island, Tasmania at the western entrance to the strait, causing unpredictable sea conditions, especially when strong winds occur. For example, strong southerly winds can cause a strong northerly current reflecting from the Victorian coast. The combination of winds, currents, tidal flow and the shallow bottom often lead to tall waves, often of short length, with a confused short swell often conflicting in direction. 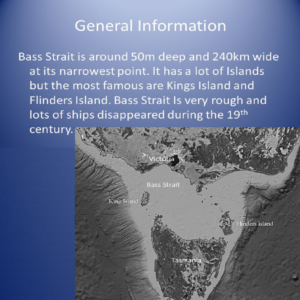 There have been many incidences of lost vessels and crews in this area….
British warship HMS Sappho in 1858, in which well over one hundred lives were lost, and no positively identifiable wreckage located.
In 1901 the SS Federal disappeared carrying coal from New South Wales with 31 crew. Her wreck not located until 2019.

In 1906 the SS Ferdinand Fischer, a German cargo ship, disappeared.
The SS Amelia J, a schooner, disappeared on 10 September. HMAS Swordsman was commissioned to search for the ship, and while searching the Bass Strait, a second ship – the barquentine SS Southern Cross – disappeared. A military Airco DH.9A engaged in the search would also then disappear. Wreckage of the SS Southern Cross was found on King Island; the SS Amelia J was never discovered, and neither was the Airco DH.9.

The De Havilland Express Miss Hobart, went missing soon after entering service in 1934, only a small amount of wreckage being found on the Victorian coast. In 1935 Loina, a Holyman airliner, crashed into the sea near Flinders Island with three crew and two passengers lost. No bodies were found. The cause of both accidents was probably a combination of human error with the known poor design of the aircraft.

During the Second World War, several aircraft — mostly RAAF Bristol Beaufort bombers — were lost during exercises in Bass Strait while on training flights out of air bases, mainly RAAF Base East Sale near Sale, Victoria. These accidents were probably caused by the inexperienced crew crashing into the sea while performing low-level bombing practice. 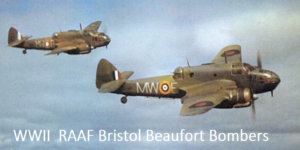 In 1978 a Cessna flown by Frederick Valentich disappeared after reporting a UFO. In 1979, the yacht Charleston disappeared while sailing to Sydney to join the Sydney-Hobart Yacht Race.

Similar accidents occurred over land…..
In 1972 a De Havilland Tiger Moth flown by Brenda Hean and Max Price disappeared on a flight from Tasmania to Canberra as part of protests against the flooding of Lake Pedder for a hydroelectricity scheme. It was believed to have crashed at sea somewhere between the East Coast and Flinders Island. 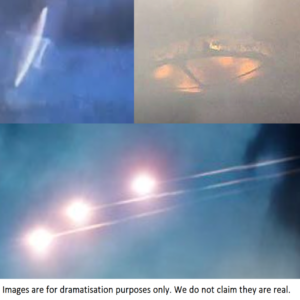 What do you think reader? Did Valentich lose control and plummet to his death into Bass Strait? Or was there some sort of alien foul play involved? Or simply a young man who wanted to disappear… and faked the whole thing? You decide.